The First Woman to Bicycle around the World

On June 25, 1894, Annie Cohen Kopchovsky, a young mother of three small children, stood before a crowd of 500 friends, family, suffragists, and curious onlookers at the Massachusetts State House. Claiming she would circle the world, and armed with a pearl-handled revolver, she climbed onto a 42-pound Columbia bicycle and “sailed away like a kite down Beacon Street.”

Fifteen months later The New York World called it “the most extraordinary journey ever undertaken by a woman.” 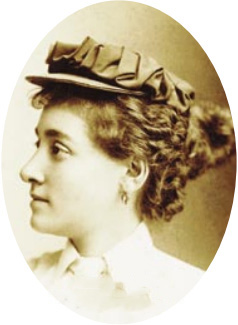 The trip was purportedly set in motion by a wager that required Annie not only to circle the earth by bicycle in 15 months, but to earn $5,000 en route, as well. A $10,000 prize, an enormous sum in the 1890s, awaited her if she succeeded. This was no mere test of a woman’s physical endurance and mental fortitude; it was a test of a woman’s ability to fend for herself in the world.

Annie turned every Victorian notion of female propriety on its ear. Not only did she abandon, temporarily, her role of wife and mother, but for most of the journey she rode a man’s bicycle attired in a man’s riding suit. She earned her way selling photographs of herself, appearing as an attraction in stores, and by turning herself into a mobile billboard, renting space on her body and her bicycle to advertisers eager to benefit from this colorful spectacle on wheels.

Outlandish, brash, and charismatic – a master of public relations, a consummate self-promoter, and a skillful creator of her own myth – Annie was a woman of boundless chutzpah. Indeed, as Annie Cohen Kopchovsky reinvented herself as a new woman – the daring globetrotter and adventurer, “Mlle. Annie Londonderry” – she became one of the most celebrated women of the gay ’90s. 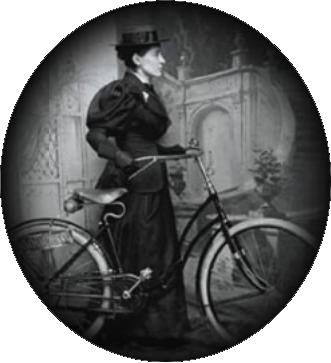 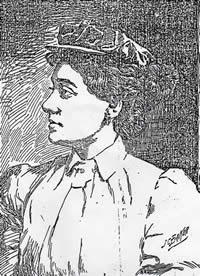 Click on an image to enlarge it and read additional information. 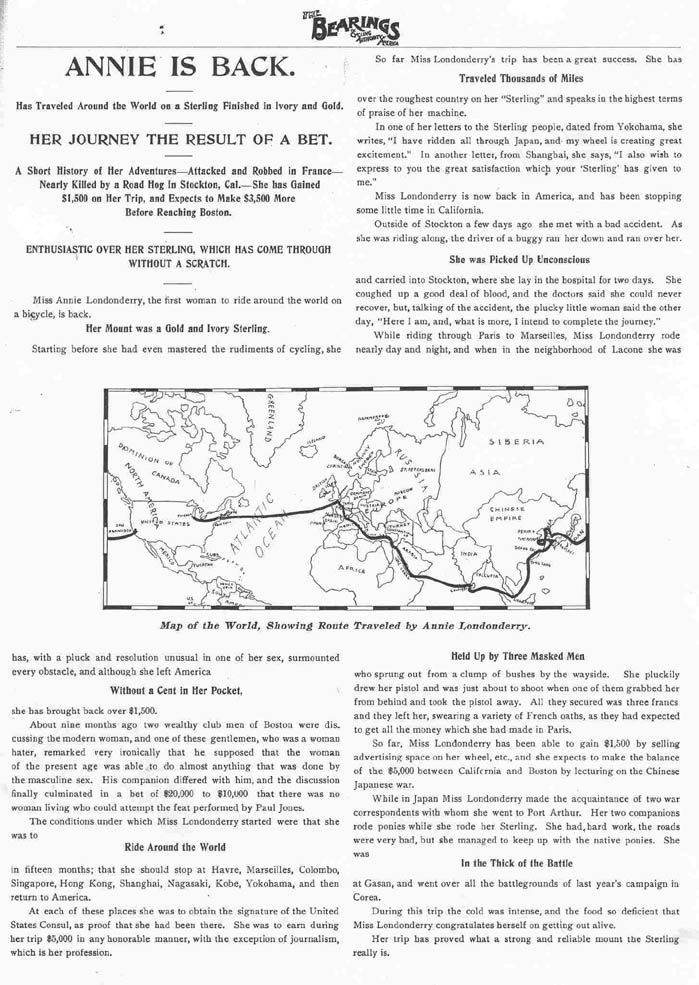 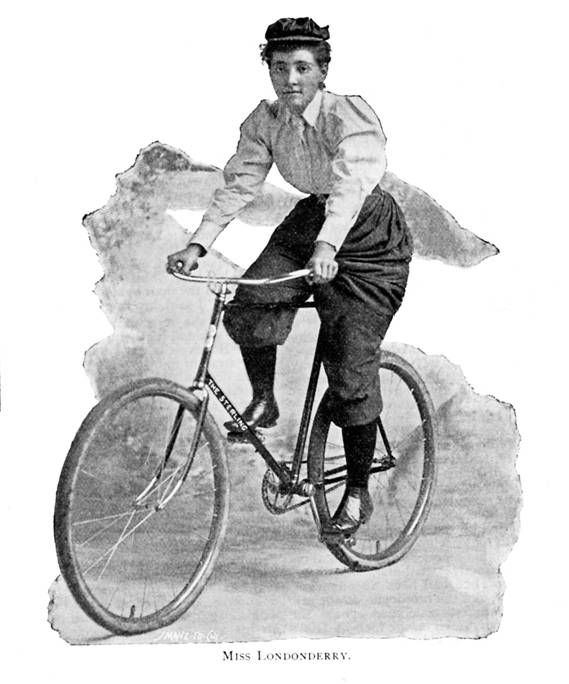 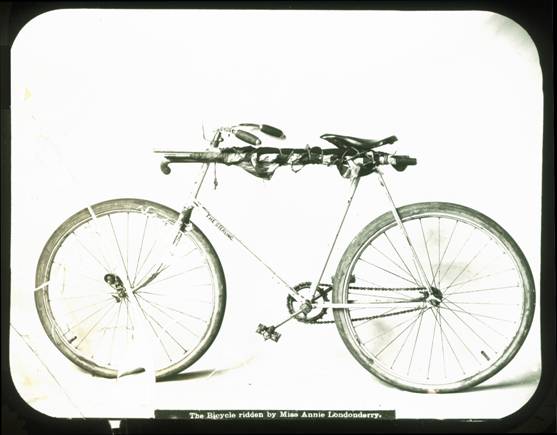 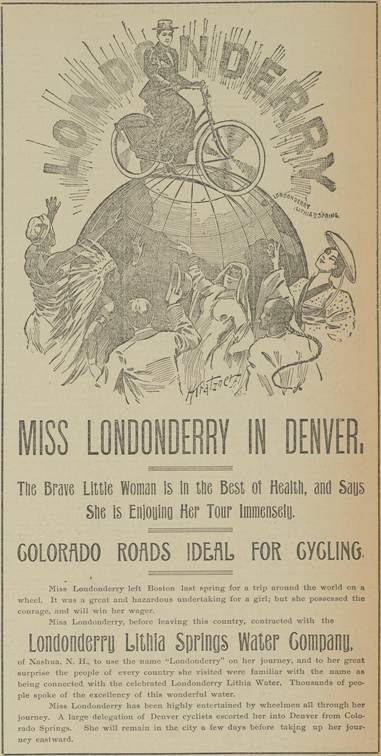 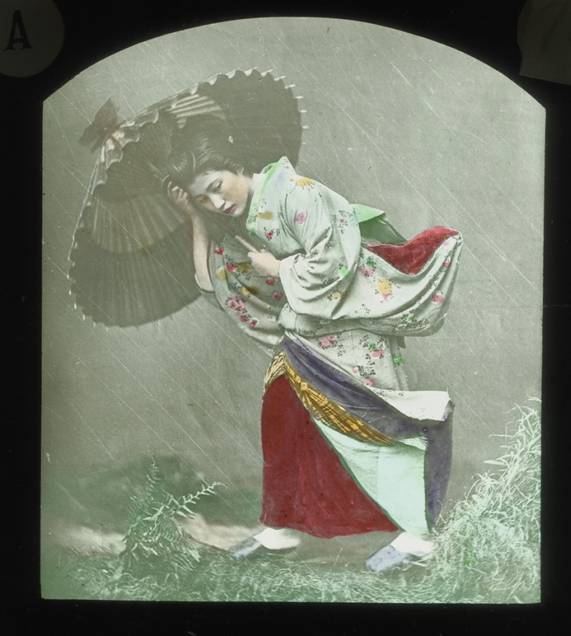 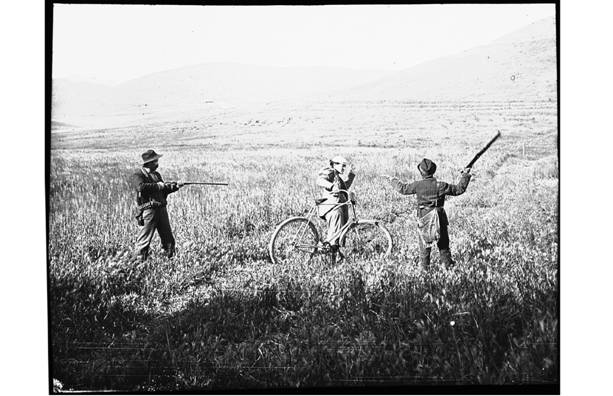 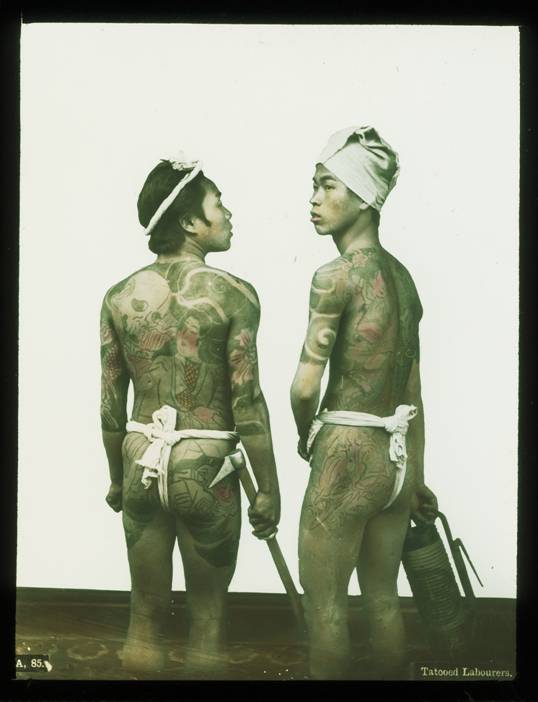